The art work of Josef Hoffmann 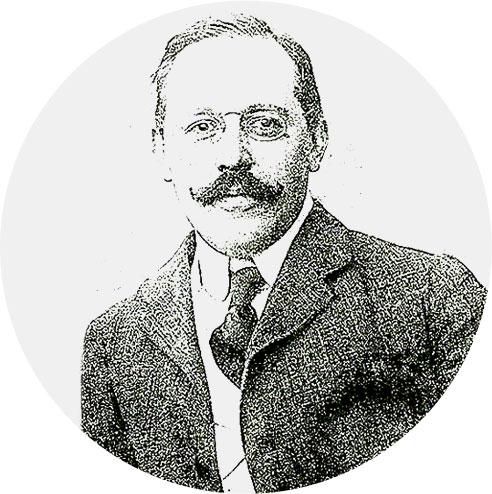 
Josef Hoffmann was born in Brtnice near Jihlava in 1870. At the age of 22 he was admitted to the Vienna Academy of Fine Arts. He became a student of Otto Wagner. He got a scholarship through the so-called Roman Award from diploma project. Thanks to this, he was able to study abroad in Italy. A year later he established the Association of Fine Artists of Austria - Secession together with Otto Wagner, Gustav Klimt, Joseph Olbrich and Koloman Moser, At that time Hoffmann was completely enchanted by the French and Belgian Art Nouveau. But then he turned to British art which attracted him with its simplicity and geometry. He became famous for the purist designs of buildings such as Sanatorium Westend in Purkersdorf near Vienna from 1904.

In 1903 he founded the Wiener Werkstätte (Viennese workshops) together with designer Koloman Moser and industrialist Fritz Waerndorfer. They functioned until 1932. The range was wide. They produced stunning furniture, dishes, carpets, fabrics and jewelry. 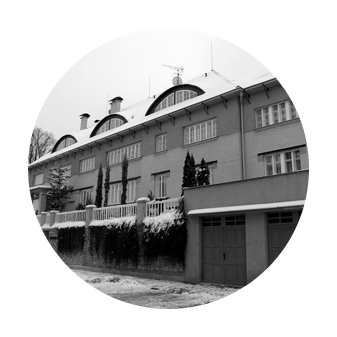 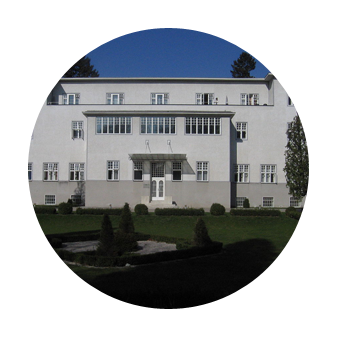 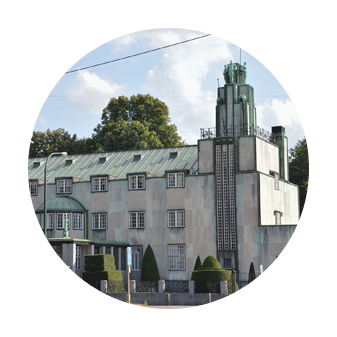 Hoffmann endeavored always to make the house not just as a simple building, but he created it harmoniously with interiors and decorations. He equipped the buildings with objects designed by himself, colleagues working in WW or friendly artists. The traces left by this eminent European architect and designer are very inspiring.

As an architect he dealt primarily with the design of family villas. He is the founder of a comprehensive approach where the interior shapes in harmony with the building itself. Because of that the expression “gesamtkunstwerk” came into being. The well-known colony of Hohe Warte, which gradually grew in the period before the First World War. The most significant realization is the palace for Adolf Stoclet in Brussels (1905-1911), which was registered in 2009 on the UNESCO list.

Josef Hoffmann has created a number of projects in the Czech Republic, such as a guest house for the steelworks Poldi in Kladno (1902). It was financed by the steel magnate Karl Wittgenstein. He designed a country house in Kouty nad Desnou (1913-1914) for Olomouc banker Otto Primavesi family. The house is his most interesting realization right after Palace Stoclet.

Worldwide transport possible Guarantee of originality
This site uses cookies to analyze traffic and for ads measurement purposes. Learn more about how we use cookies.