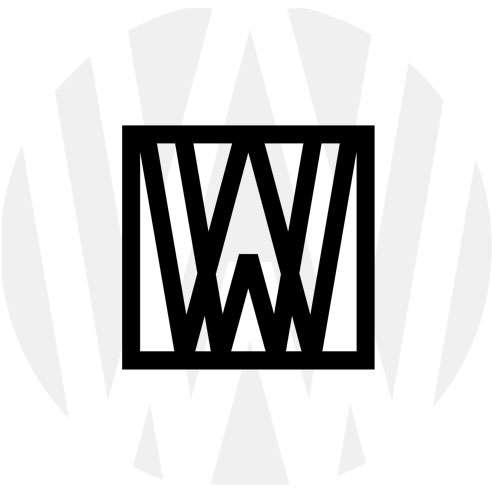 The Wiener Werkstätte GmbH (Viennese art workshops) was created by Josef Hoffmann, Koloman Moser and Fritz Waerndorf. They worked between 1903-1932.

The founders inspired by the British Arts & Crafts movement strived for renewal of the artistic and technical qualities of art craft products. Experienced craftsmen realized designs created by major designers (Josef Hoffmann, Koloman Moser, Carl Otto Czeschka, Dagobert Peche, Josef Wimmer-Wisgrill, Otto Prutscher and others) by traditional manufacturing technologies and also by using modern machines. The Wiener Werkstätte was divided into many departments such as metalworking, furniture, bookbinding, fashion, ceramic. At the beginning an architectural studio was part of this as well.

A number of Wiener Werkstätte's design proposals were implemented by external companies. Especially, an assortment was implemented that could not be made by the workshops due to the technical background: home textile (Johann Backhausen & Söhne), glass (Lobmeyr, Johann Oertel & Co). Also, they cooperated with the producers of goods, which although they were also producing but for capacitive reasons, they were outsourcing: furniture (Portois & Fix, Friedrich Otto Schmidt), jewelry (Josef Souval). 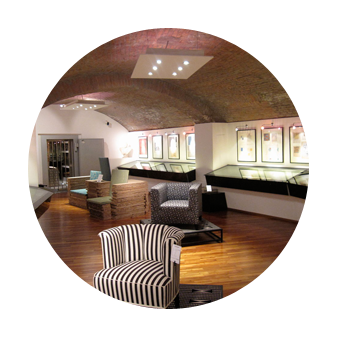 Exhibition of the Wiener Werkstätte Museum in Vienna 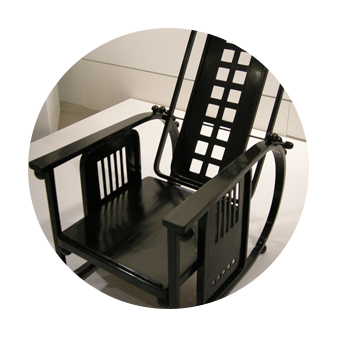 The entrance hall of the sanatorium in Purkersdorf

The roots of Art Deco

Initially, they watched British art designs. But very soon they created a distinctive style that inspired the creators abroad and was also one of the roots of the European Art Deco.

Wiener Werkstätte ceased to exist as a result of the economic crisis in 1932. The company's archive was transferred to the Austrian Museum of Art and Industry (today's Museum für angewandte Kunst, Vienna).

Wiener Werkstätte's production was greatly supported by the patrons, and a number of products were used in the interiors of the buildings proposed by Josef Hoffmann.

Worldwide transport possible Guarantee of originality
This site uses cookies to analyze traffic and for ads measurement purposes. Learn more about how we use cookies.